Miriam Liedvogel works on the genetics of migration

Miriam Liedvogel is working on the genetics of migration and recently gave a presentation on this at RIN13: the world animal navigation conference.

She asks the big key question: How do animals migrate? She suggests that we should think about –

P.t. acredula the northern subspecies, goes from North Sweden (and all of Finland) to East Africa. 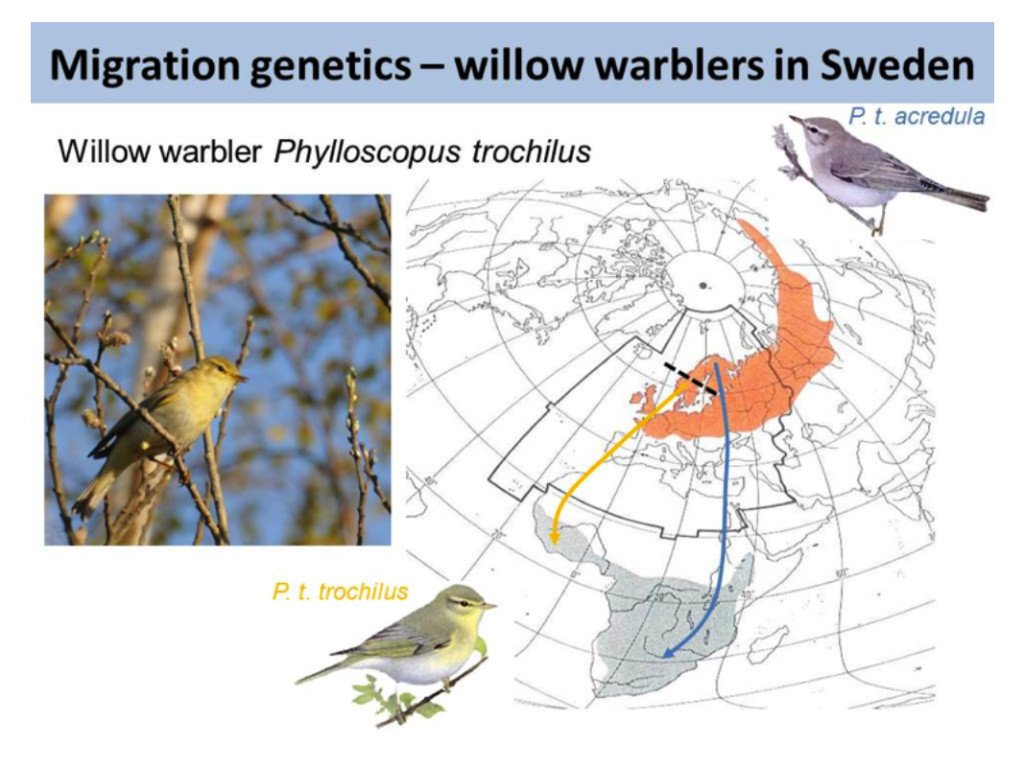 Miriam suggests that migratory birds do posses an inherent time schedule and at least an inherited initial migratory direction.  Her research is trying to identify  the genes involved to control the different migratory paths of these two subspecies of willow warblers.  They are morphologically and gentically extremely similar but have totally different migratory strategies.

Crossbreeding of blackcaps (another migratory songbird with a central European migratory divide) from either side of a migratory divide results in offspring, which choose an intermediate route to Africa which does not match existing wintering grounds.

She is trying to detect and identify the genes involved using traditional population genetics and next generation sequencing technology.

This entry was posted in Bird Navigation, Willow Warbler. Bookmark the permalink.